Shri Nitin Gadkari, Union Minister of Road Transport and Highways graced the occasion as the chief guest; while Shri Piyush Goyal, Union Minister of Textiles, Commerce and Industry, Consumer Affairs, Food and Public Distribution, Leader of the House-Rajya Sabha and Shri Suresh Prabhu, former Union Minister with 10 portfolios and six time MP, were invited as the Guest of Honour. They conferred the awards on global leaders with an enviable bag of achievements. 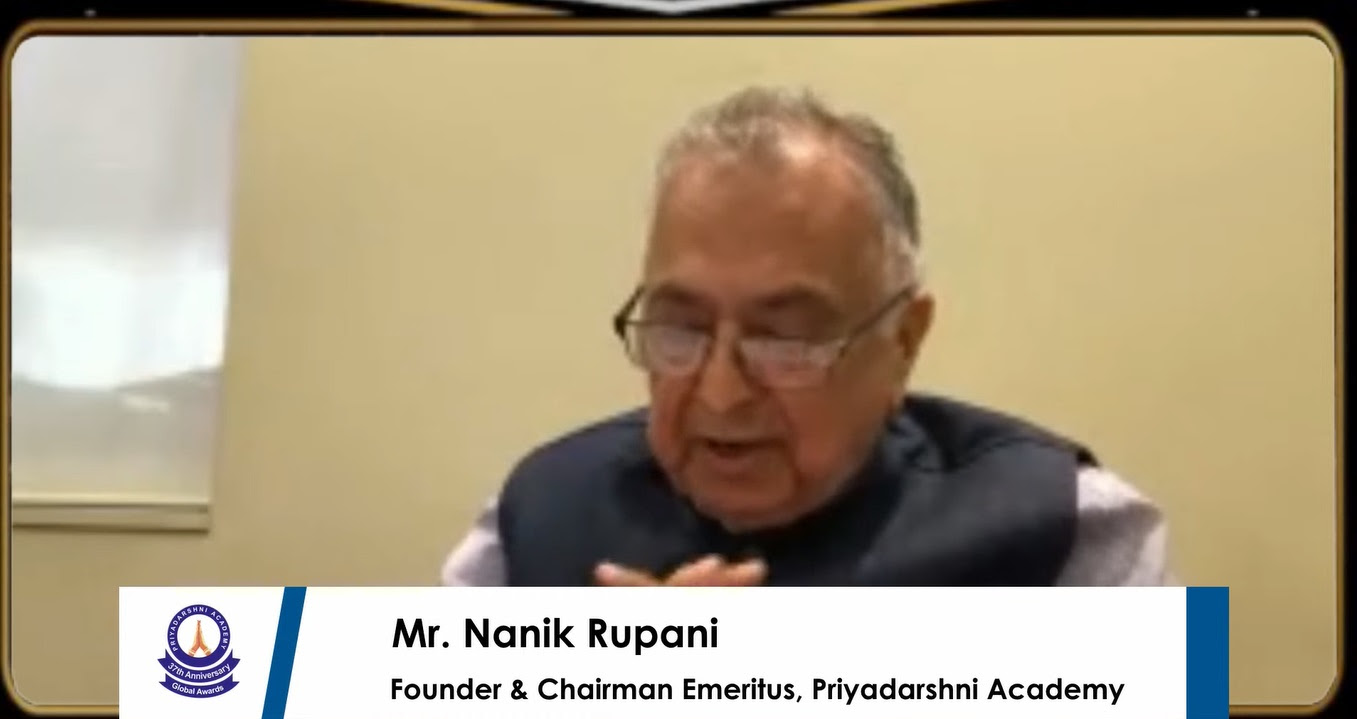 Welcoming the dignitaries, Mr Nanik Rupani, Chairman Emeritus, Priyadarshni Academy, said, “Priyadarshni Academy’s prestigious Global Awards function has always been a glittering affair, because of the eminent personalities who are honoured for their outstanding contributions to the society. This year also the award is being conferred on global leaders who have brought positive changes in the lives of people through their selfless work.” He said the recipients of the Priyadarshni Academy awards were the role models for millions of people and it was a great honor for him to felicitate them.

Shri Nitin Gadkari, who has been associated with the Academy for more than two decades, felicitated Mr Gautam Adani, Founder and Chairman, Adani Group. He was conferred the Ramakrishna Bajaj Memorial Global Award for his Outstanding Contribution to Industry, Commerce and Infrastructure Development.

Speaking on the occasion, Union Minister Shri Gadkari said, “The Priyadarshni Academy Awards is recognition of global talent by Indian society.” He praised the Academy for the independent and impartial selection process followed to recognize and respect personalities from across the world for their contribution to society at large.

Shri Gadkari ji also praised Mr Nanik Rupani for his tremendous contribution in taking the cultural values of India across the globe and building a human relationship. “We cannot catch our own image. So we learn from everyone and everywhere. The Priyadarshni Academy Awards are a motivation and inspiration for people like me,” he said.

Thanking the Academy for the award and focusing on building a greater India, Mr Gautam Adani said that the pandemic has been a wake-up call for every nation and has permanently changed geopolitics. “The integration of new alliances and the disintegration of existing alliances will have far reaching implications. As India emerges from its impact, we must recognize that the changing geopolitics means drawing from our heritage books like Kautilya’s Arthashastra,” he said. 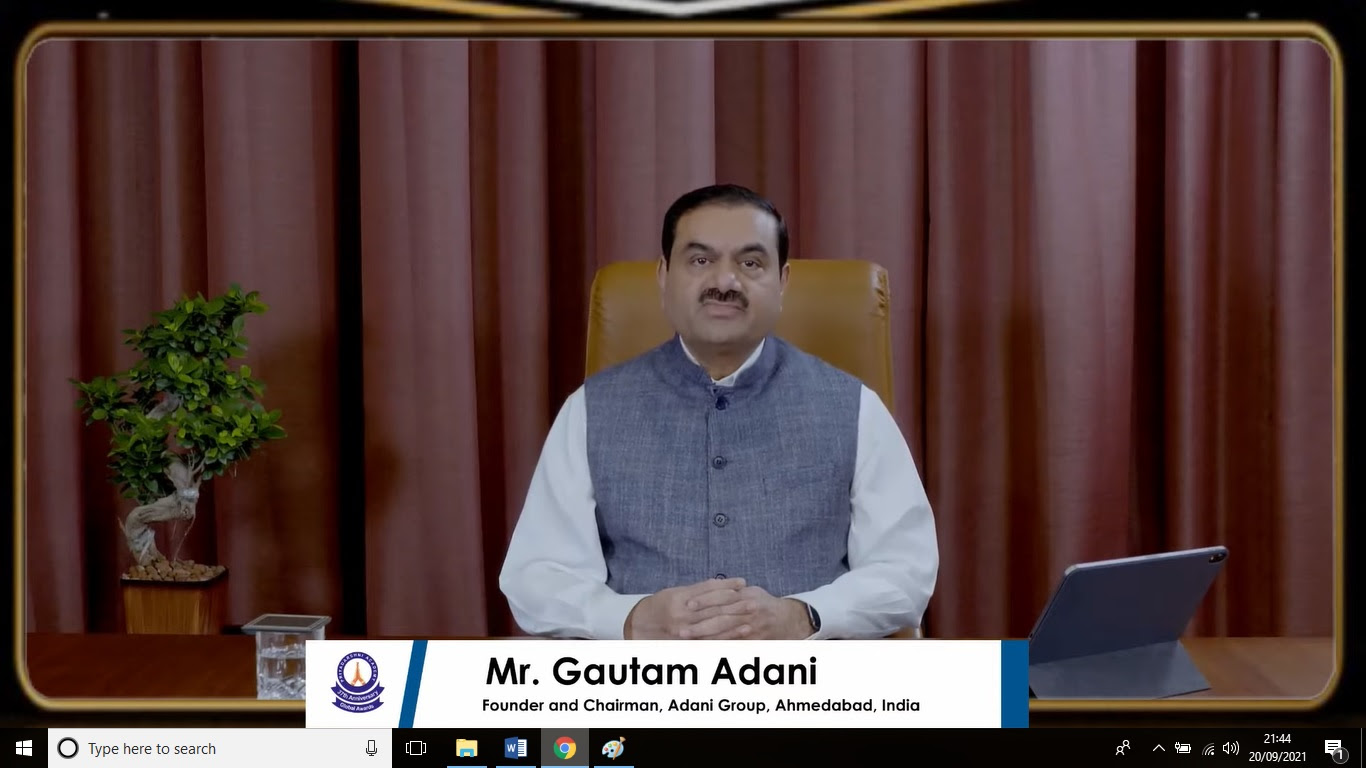 Mr Adani said that a Greater India must be an India that is visibly more Atmanirbhar (self-reliant) and an India for Indians. “It is time now to stand strong and celebrate our Indianess,” he said. 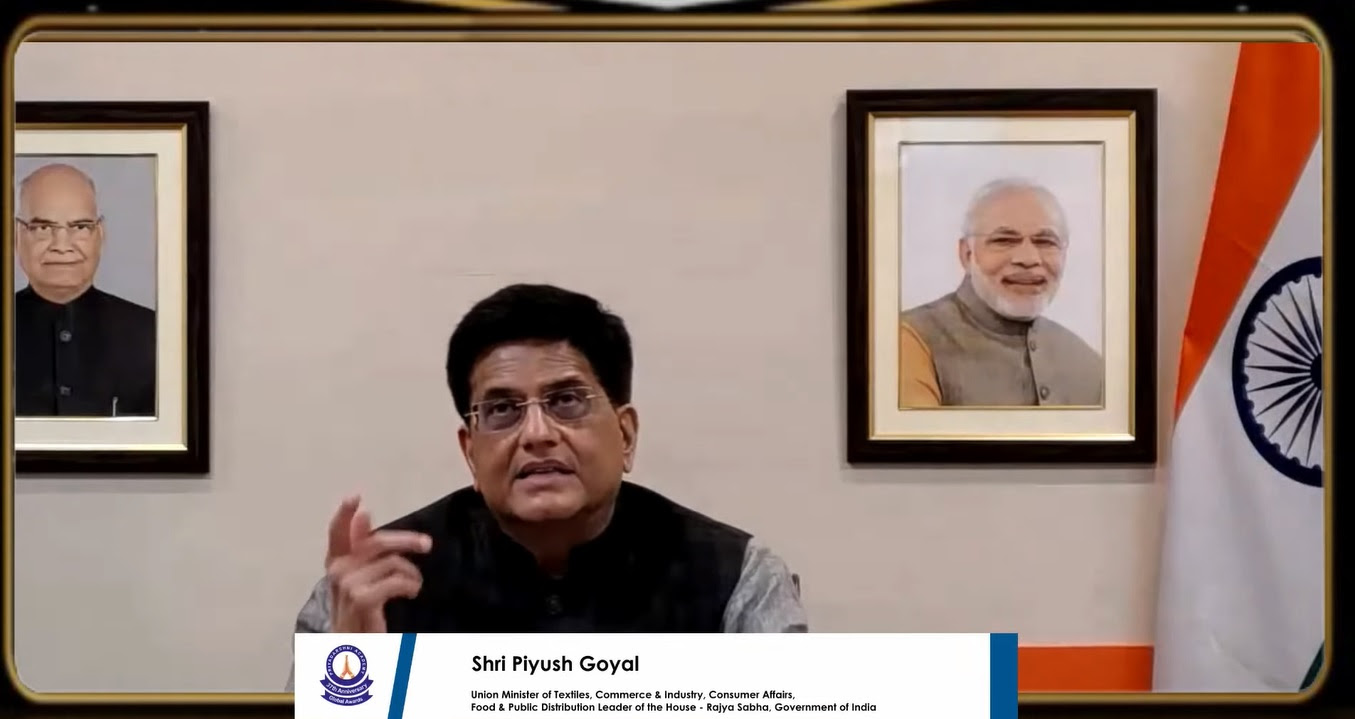 Shri Piyush Goyal, Union Minister of Textiles, Commerce and Industry, Consumer Affairs, Food and Public Distribution, and Leader of the House-Rajya Sabha also reiterated that the Priyadarshni Academy Awards not only encourages and motivates the leaders but also inspires people who look up to them. The awards, he said, is an inspiration for many to give back to the society as better leaders and citizens.
“In this interconnected world, all of us have a role to play for a better future of mankind. With sustainable lifestyles, climate justice and shared responsibility of all stakeholders across the world, we can solve the problems of the planet. We have a huge sustainability agenda ahead of us for which every single individual, organization, nation, government has to contribute. We have to collectively work for a sustainable future, for the progress and prosperity of people across the world and ensure a good quality of life for all. Our ability as individuals will be measured in the contribution we give back to society and will be multiplied when we work towards common goals, the sustainable development goals which we have collectively adopted,” said Shri Goyal.

Speaking on the occasion, Shri Suresh Prabhu, former Union Minister with 10 portfolios and six times MP, said that the Priyadrashni Academy Award is a platform bringing together people from different parts of the world e. The awards recognize and encourage the contribution of businesses, government, spiritual leaders as well as those helping to tackle climate change.